A Tale of Two Graduation Speeches 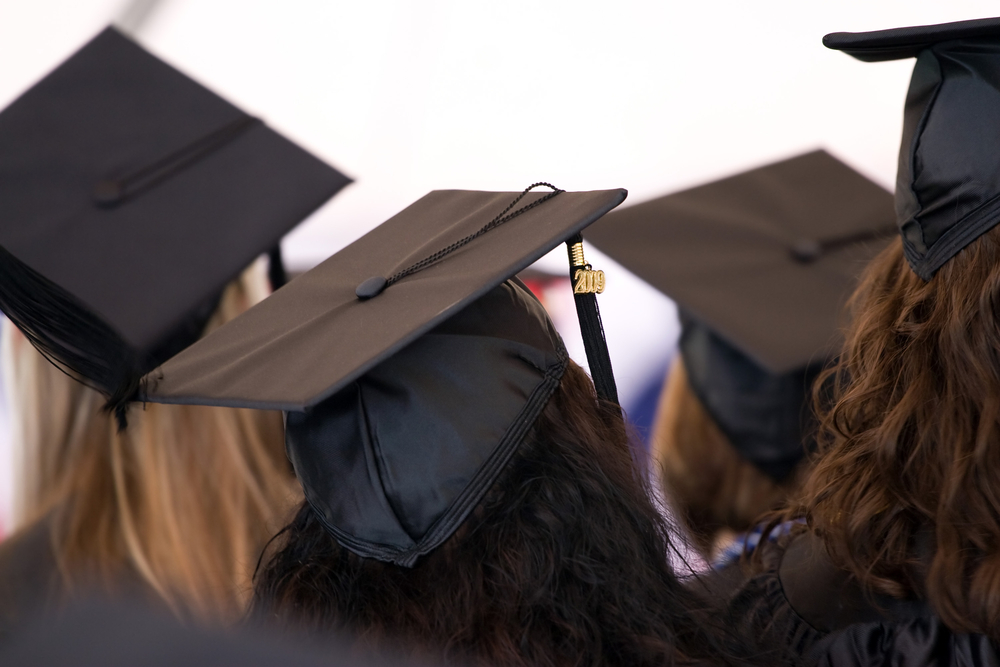 One girl walked to the podium, her black robe swinging, any trepidation she felt masked by the excitement and honor of giving a speech to her classmates at their high school graduation ceremony. The auditorium was filled with extended family and friends, teachers and staff of the Cambridge High School extension program. Only a dozen or so students sat on the stage in caps and gowns, mostly girls, each having survived a journey of troubled youth in one manner or another on her road to graduation. The Extension program is a herculean effort to help students who are struggling in high school make it to graduation. Success is not a given.

Most of the people gathered to watch the graduation had been witnesses, doubters, discipliners, coaches, teachers, and confidants during the students’ difficult journeys. That any of these girls made it to this day was probably seen as a miracle by their families, by the people whose greatest wish was for their daughters to sow this one important seed for future success.

The young graduate at the podium shared that a year earlier she’d been told she wouldn’t graduate from high school, she had journeyed so far down the wrong path, failure seemed guaranteed. She nearly didn’t believe in herself. But she decided to make a go of it. A serious go of it. She worked her tail off and she leaned on her guidance counselor, her teachers, the principal, and her mother for support. I imagine that each of these people, at one point, had opposed her choices. Asking for help from the enemy camp takes the kind of courage that can turn your life around.

She shared enough of herself that we could feel her vulnerability, her potential slide down a hole that would have been more difficult to ascend later in life. She told us, in the end, that she had done it for her son. She’d had a baby at fifteen and was now committed to making a better life for herself and for him. When she was finished, we clapped and cried and cheered her on to bigger and better things.

A few weeks later, I watched another girl walk to the podium donned in a bright blue robe. She was the class president of Princeton High School and had perhaps a touch more confidence to share her words of wisdom with hundreds of celebratory seniors. Her speech was carefully prepared and well delivered and she encouraged her classmates to seize every opportunity in the years to come.

Towards the end of her speech, this graduate did share one personal story. She had been invited to meet the famous Princeton University mathematician Dr. John Nash at a special event. She wasn’t familiar with him and fretted over the occasion, studying up on all of his works and achievements. And then, a tragic car accident killed Dr. Nash and his wife the day before the scheduled event. If you wait for opportunities, she implored the audience; they might be stolen from you. Make your own opportunities instead. It was good advice. I wondered, however, if she’d ever missed an opportunity from her own shortsightedness or failure. What obstacles had she surmounted on her road to stellar achievements?

Everyone can relate to failure

Here’s the thing: It’s just as important for successful class presidents, business leaders, and experts to show their vulnerability. Their audiences assume they’ve had courage, ambition, and the tenacity to succeed. How did they develop these qualities? What tested them? When did they fail? These are the stories that break people’s hearts and win them.

While many of us may not have nearly failed high school or had a child so early in life, we can all relate to times when we thought the chips were stacked against us, feared all was lost, questioned our ability to salvage a critical situation. Whether we faced the circumstances of the Cambridge graduate is beside the point. Each failure and obstacle we face feels very real to us. And it is these feelings of self-doubt and fear that stories of vulnerability engage in the minds of an audience.

I’m proud of both my nieces who graduated during these ceremonies (neither made a speech) and eager to watch their next adventures, successes, and failures. My lesson from watching their respective graduations: Share your real story. The more successful you are, the greater the need to share your failures. It takes courage. And your audience will love you for it.