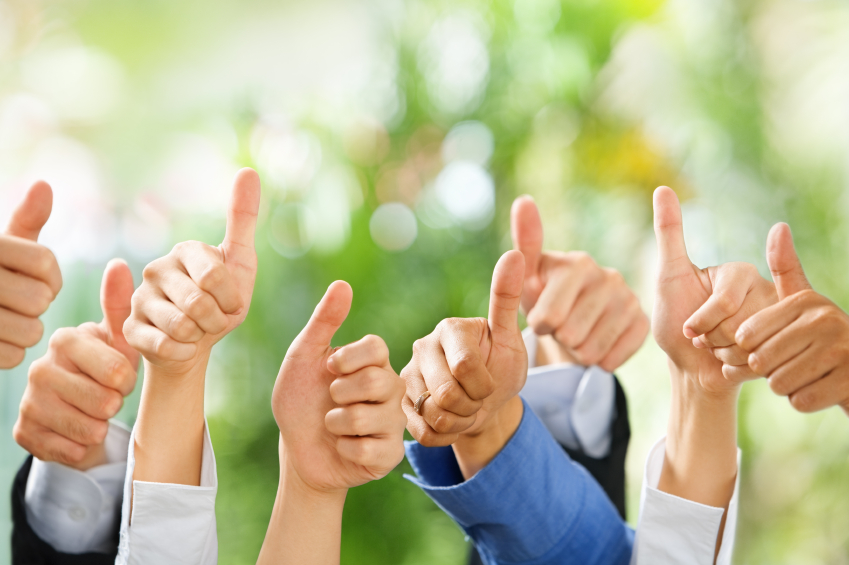 “Over 50% of small businesses fail within four years.”

That’s how Carry Parker, VP of Content Innovation at American Express Open Forum, setup their content strategy yesterday at the Contently Summit in New York City. “So the content we create is really designed to change that number and help small business owners,” she said. Her team of writers and contributors post articles, videos, and infographics focused on the core topics small business owners are interested in. 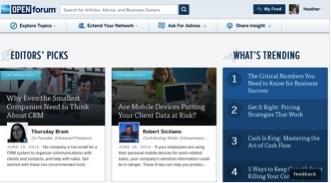 “Every day, they [small business owners] are doing something they’ve never done before,” Parker continued. “And we know that they learn through others’ stories.”

Open Forum takes an audience-centric approach to content marketing and this is one of the strongest ways to build engagement:

#1 Understand your audience’s issues and help them solve them.

Using a different approach, Ben Tamblyn, Manager of Storytelling in Corporate Communications at Microsoft, described their mission to change the market perception of the company. “Most people think of Microsoft in terms of Windows or Office,” he said. “But we have 120,000 people working around the world on interesting stuff. We want to give them [customers and the market] an inside view of how we do what we do.”

So Tamblyn took an inside-out approach to storytelling. Instead of probing his audience’s issues, he probes his own company for stories of interest. He started with a story, 88 Acres, about how the company uses sensor information to understand energy usage across its Seattle, Washington campus.  They pitched it to the media but nobody was interested. So they published the story themselves and earned 100,000 views in the first 48 hours. Naturally, the press came knocking and they landed over a dozen related articles. 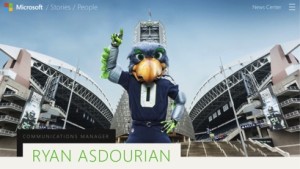 Now, the Microsoft Stories site features employee profiles as well as tales of corporate innovation. One of their more popular profiles, takes a long form journalism approach to telling the story of Ryan Asdourian, a Microsoft tech evangelist, who plays the Seattle Seahawks mascot and battles Multiple Sclerosis. Written somewhat as a day in the life of Asdourian, the story shares details of both the fun he has hamming it up for stadium crowds as well as the challenges he faced with MS after his legs first started to “tingle.”

#2 Use Stories to Humanize and Reveal Your Brand

By writing it’s own stories, Microsoft can reveal details that the media may be unwilling or unable to gather. “We can tell the story better than a journalist because of the details – as long as it’s done in a storytelling way,” Tamblyn said.  Given the prominence of the brand, however, the stories often receive natural lift and amplification from the media after they’re published on the Microsoft site. “We can get more coverage from telling a story first than sending a press release,” he added.

Both speakers noted that depth of engagement matters more than traffic as a measure of success. But social shares don’t always qualify as the most important metric. Parker noted that readers may not wish to share a story about how to fire someone but such topics drive visitors from search. “We take a portfolio approach,” she said. One distinctive metric Open Forum measures is the helpfulness meter, since members rate each other’s posts.  “Many of these entrepreneurs don’t have a board advisors so they need to share with each other,” Parker said.

In the future, shorter is better

Responding to audience questions about market saturation over the next few years as more brands get into storytelling, Parker and Tamblyn commented on the need to address shorter attention spans and that it will be harder to keep people engaged with long form content. While the trend is moving to more visual narrative and short video, there will challenges. “It’s hard to show the classic narrative arc and character transformation in a video under two minutes,” Tamblyn said. And Parker wondered, “How do you deliver immersive content experience in mobile format?”